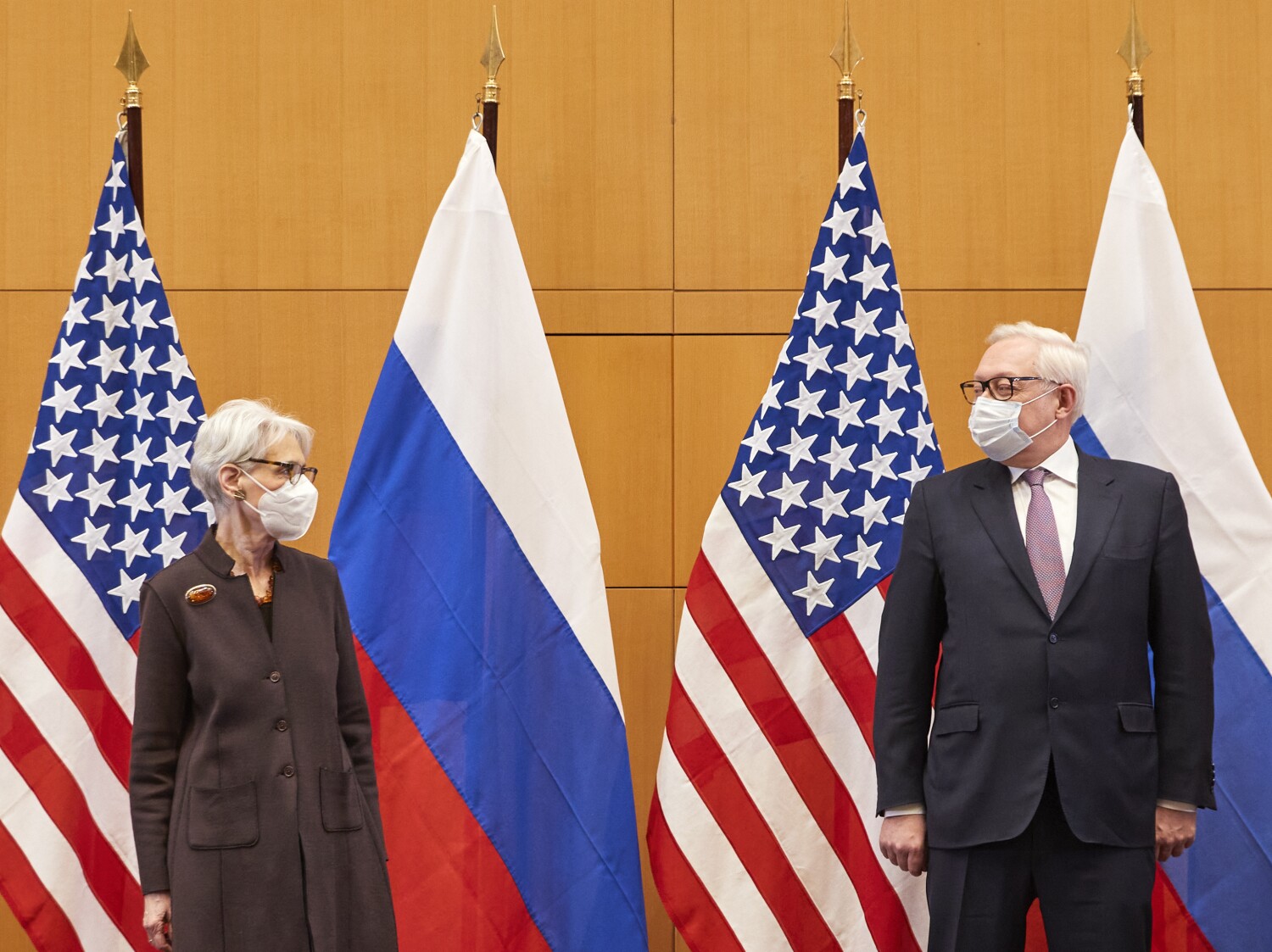 Undersecretary of State Wendy Sherman, who led the U.S. delegation to the Geneva conference, declined to say whether she believed Russia’s assurances that it had no intention of Invasion of the former Soviet republic. Russia expressed anger at US insistence that it will not stop NATO’s expansion in Europe.

Sherman said she told Russian Deputy Foreign Minister Sergei Ryabkov that Moscow must “de-escalate the situation” by withdrawing its estimated 100,000 troops from its border with Ukraine. She did not set a timetable for such actions, but reiterated the U.S. threat that if Russia invaded a neighbor — as it did in 2014 — it would face severe economic and diplomatic sanctions.

“It’s a very tough choice,” Sherman told reporters in a phone news conference after the meeting. “We’ll see how serious they are… the Russians will tell you [Monday’s talks] It’s an open bid for serious negotiations. We’ll see if that is the case. “

Sherman said the Biden administration was already facing deteriorating relations with an increasingly aggressive Russia and said it was ready to discuss the size, scope and “transparency” of the deployment of missiles in Europe and joint U.S.-NATO military exercises in the region. She said any steps taken by the United States and its allies would be responded to by “reciprocal” action by Russia.

Sherman said the United States is also willing to try to revive an agreement under the now-defunct Intermediate-Range Nuclear Forces Treaty signed by President Reagan and Mikhail Gorbachev.

Limit NATO expansion to exclude many Eastern European countries President Vladimir Putin Considered part of his sphere of influence, however, is a non-starter, she said.

“We still have a long way to go,” Sherman added.

He said U.S. diplomats seemed reluctant to consider Moscow’s interests, Sputnik reported. Demands such as banning some countries from joining NATO are priorities “that we cannot shy away from”. If there is no progress on these issues, Ryabkov said, “the other aspects of work, as important as they are, will be called into question.”

Expectations for Monday’s special session on the U.S.-Russia Strategic Stability Dialogue were far lower than before, when Presidents Biden and Putin agreed in two conversations — one by phone and one by video — to convene the ad hoc,

The Biden administration, like much of Europe, is increasingly alarmed by the military action by Russian troops, which Western officials fear could be a precursor to another invasion of Ukraine. Russia invaded and continues to occupy Ukraine’s Crimea peninsula in 2014; Putin claims the annexed area is Russian. Moscow supports armed separatist insurgents in Ukraine’s eastern Donbas region. Thousands were killed.

Diplomats say a reconciliation with Russia is unlikely as long as the threat of invasion remains. Asked what the West would like to see in order to call it “de-escalation,” Sherman said Russian troops on the border with Ukraine must “return to their barracks.” She did not elaborate.

Sherman and his entourage will continue their rounds of diplomacy and consultations in Brussels on Tuesday
with various NATO and EU officials. The Russia-NATO Council will meet on Wednesday and the 57-member Organization for Security and Cooperation in Europe Permanent Council will meet in Vienna on Thursday.

Sherman sought to allay accusations by Moscow and some concerns in European capitals that Washington was trying to reach a deal without consulting its allies.

“We will not make decisions about Ukraine without Ukraine, Europe without Europe, NATO without NATO,” she said. “As we say to our partners and allies, ‘You are nothing without you.'”