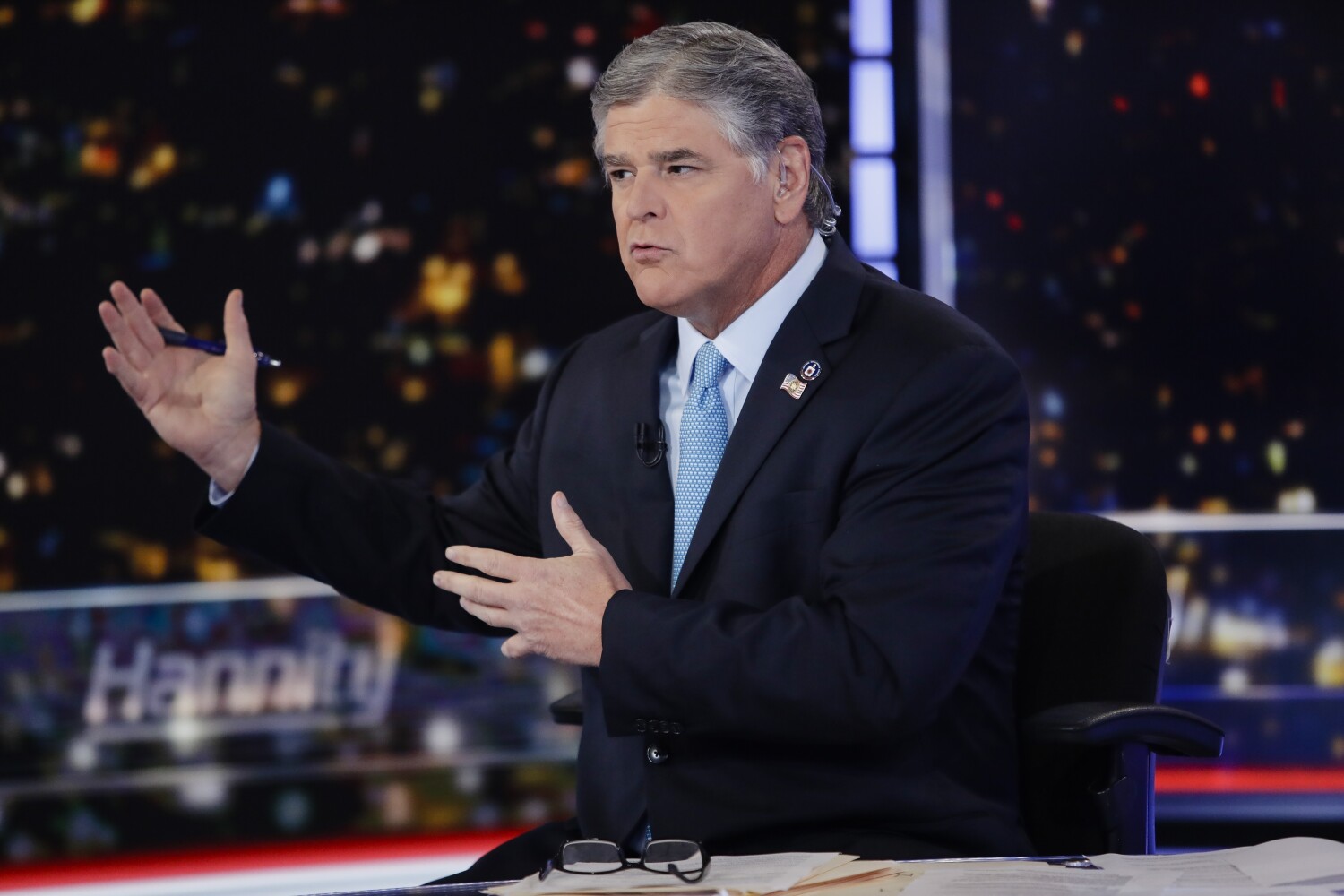 Fox News star Sean Hannity is the poster child for the impossible and unworthy of First Amendment protections, but that’s what happens in our upside-down Trump-driven political life.

As the former president’s confidante, adviser and promoter, and one of Fox’s most-watched prime-time commentators, Hannity has in many ways argued against the First Amendment protection argument. He once told the New York Times, “I never claimed to be a journalist.” Still, he should be seen as a man, not for himself, but for his more legitimate media colleagues.

House committee investigating Jan. 6 incident wrote a letter to Hannity last week Ask him to cooperate with the investigation.that painted Hannity’s lawyer fires back The request “would raise serious constitutional questions, including First Amendment concerns about freedom of the press.”

Then over the weekend, former Trump press secretary Stephanie Grisham testified before the Jan. 6 committee a few days earlier, telling The Washington Post about the troubling alliance between Hannity and the 45th president.

According to Grisham, Hannity constantly weighs in with Trump — offering policy advice that is often given the president’s priority over that of White House advisers. Hannity isn’t the only Fox News figure with special White House privileges. Laura Ingraham, Lou Dobbs and Jeanine Pirro enjoyed similar access and influence, and the staff learned groaning acceptance from a cable-obsessed Trump.

Particularly troubling are Hannity’s apparent role in the Jan. 6 incident, and his fake live-streamed comments during the same pivotal period. The House committee received text messages from Hannity to Trump’s chief of staff, Mark Meadows, attesting to his regular contacts with the White House and the president himself.

As stated in a Jan. 6 letter to Hannity from Committee Chairman Rep. Benny Thompson (D-Miss.), the texts strongly suggest advance knowledge of the uprising. It details damage control discussions with Trump after the collapse. During the Capitol attack, Hannity called on Meadows to tell Trump to call off the mob.

However, all the while, on “The Sean Hannity Show,” The host is hinting at a false parallel Between the uprising and last summer’s Black Lives Matter demonstrations — “Where’s that committee, Congressman? I want to see that committee” — and think the rioters are largely peaceful.

This behavioral pattern completely upends the hostile pattern of wary media holding the government accountable. In the text behind the scenes, Hannity sounds more like Steve Bannon than Walter Cronkite.

In fact, everything about Hannity’s sneaky insider role undermines rather than advances the principle that justifies the First Amendment to protect journalists.

The Supreme Court explained the justification for New York Times v. Sullivan, which established additional protections for the media when journalists were accused of defamation by public figures—essentially, even if journalists published or spread falsehoods, they could Willful posting of errors or reckless disregard for the truth can only be sued for defamation.

This leeway in journalism is justified because, rather than suppressing reporting that might promote autonomy or truth, it is better to give the press greater distance.

Sullivan’s decision cites Judge Learned Hand: The First Amendment “presupposes that correct conclusions are more likely to be gleaned from multiple languages ​​than by any form of authoritative selection. To many, this is folly, and It’s always going to be stupid, but we’ve staked everything on it.”

Like Hannity’s double duty — being on Fox News and being a friend of the president — gossiping with government officials is one thing journalists do. They lure and coax sources away from loose information with a dance that both parties understand. Get inside information, direct access to find out information, this is the coin of the realm.

Hannity’s small talk had perverse motives; he had little intention of torturing the powerful and holding the government accountable. Instead, he’s a sycophant, courting the administration and working to advance its political interests, including Trump’s high-level anti-democratic efforts to wrest the electorate from President Biden.

Hannity puts the facts before those interests, providing viewers on TV every night with a description of events that are favorable to Trump, to say the least.

In a perfect world of infallible judges, perhaps Hannity’s claim to a First Amendment shield might be rejected. But in the real world, having courts strip First Amendment protections based on psychoanalysis of journalists’ true motivations would scare the media as a whole and erode society’s right to know.

In the case of the Fox News-White House communiqué, the irony is that strong First Amendment requirements even require protections for rogue rascals like Hannity.