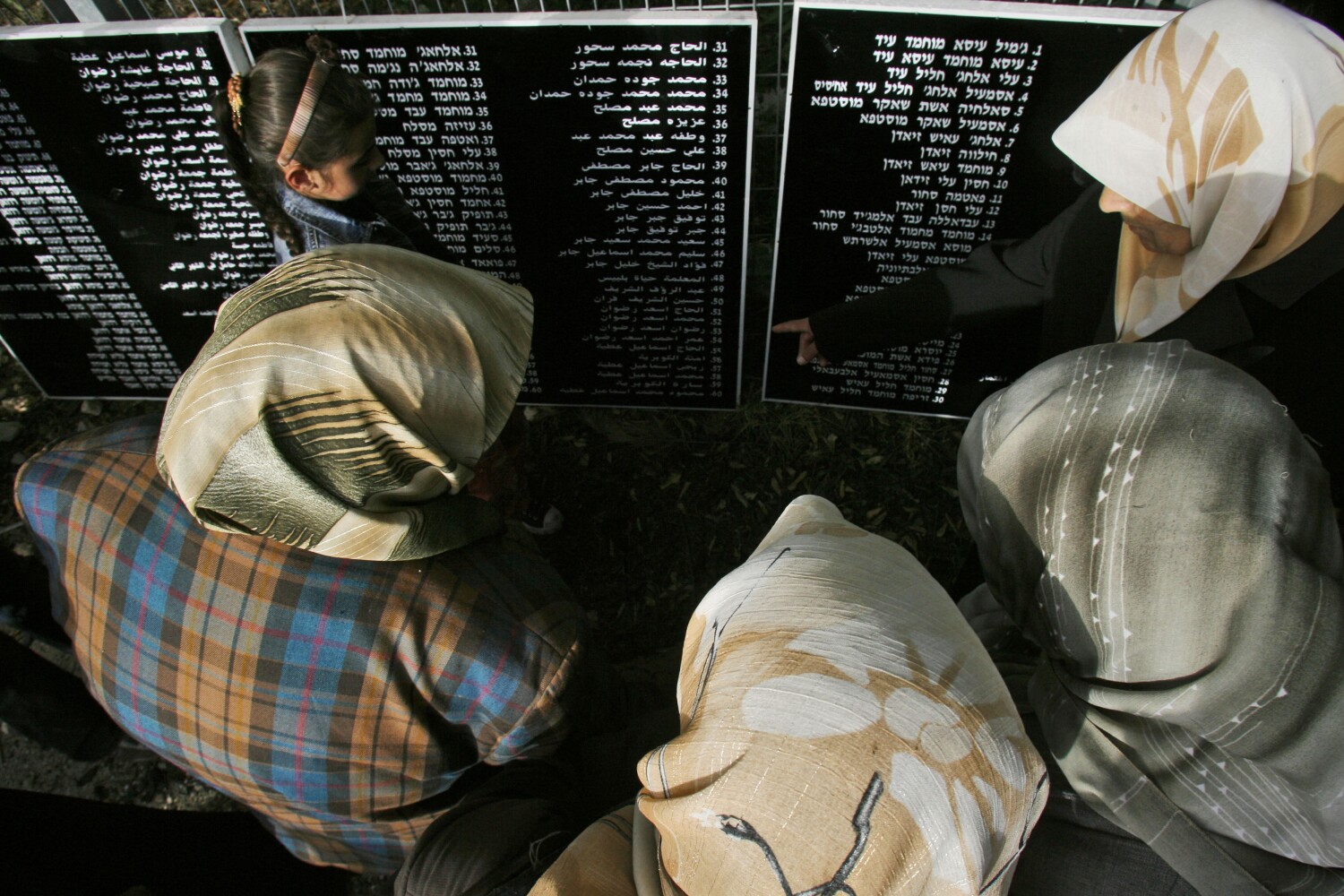 I once sneaked into the abandoned village of Deir Yassin, a few miles away from Jerusalem. Fifty years ago, the village was the site of the notorious massacre during Israel’s founding. More than 100 Palestinian Arabs were killed there, including women, children and elderly civilians.

By the time of my visit, as a reporter in Israel in the late 1990s, the village no longer officially existed; it was hit from the map. The remaining houses are forbidden to the public; most of them are within the enclosed area of ​​the huge Kfar Shaul Mental Health Center campus.

I walked through the gate and found that the old mosque, a tomb and some houses were basically intact. I talked to a Palestinian survivor. He described more than a dozen of his relatives being killed by members of right-wing paramilitary groups. They fled across the hills and struggled to establish a Jewish state.

In addition, the original residents have long since died or disappeared.

Despite this, the name Deir Yassin remains—and it still is today—a powerful symbol, and the killing of April 9, 1948 has been the subject of endless debate among historians. How many Palestinian villagers were killed? Who ordered the atrocities and who was the accomplice? Regarding the origin of the Palestine refugee crisis and the Israeli-Palestinian conflict, if anything, what does it tell us?

Unfortunately, even today — seven years after the killings — the Israeli government will not release key documents on Deir Yassin. The disappearance of the village behind the gate of the mental hospital is an appropriate metaphor for the continued secrecy of the events of the day.

according to A recent study Provided by the Acwart Israel-Palestinian Conflict Institute, not only the documents and photos of Deir Yassin were concealed, but also other documents related to military operations involving allegations of human rights violations and atrocities against the Arab population. Akevot’s research focuses on the role of ministerial committees that review licensing matters for classified archival material—this is an Orwellian name, because in fact government committees often seem to be committed to no Extend the license.

The history of these secret materials mostly comes from before and after Israel’s independence in 1948. According to an article by Ha’aretz, Some of them involve the so-called “expulsion of Arabs” or “destruction of Arab villages”. There are reports of alleged killings, atrocities, criminal acts and human rights violations.

Why are these documents kept secret for so long? The government will make you believe that their release will threaten national security, foreign affairs, or privacy, but in fact there seem to be other motives at work. As a national archivist wrote when describing the undisclosed documents: “The content is unpleasant.” In 2000, the Israeli Attorney General ruled on Deir Yassin. There is no need to decipher “and this A painful and emotional incident.” The minutes of the meeting of the Council of Ministers in the same year indicated that the decision to expand the classification was based on concerns about the “image and views of the State of Israel.”

In other words, this is a public relations event that lasted for seven years.

“The state tries to control official stories and narratives through its government archives,” said Lior Yavne, Akevot’s executive director. “Not only can historians not be able to do their job, but when the roots of conflict and their consequences become obscured by secrecy, it is difficult to engage in fact-based political discussions.”

For Israelis and Palestinians, sometimes it feels as if history exists forever, shrouded in heavy shadows every day of the conflict. The past—including 1948, beyond the British trusteeship, and beyond the Ottoman Empire until the biblical era—seems never to be far away. Just last week, Ben-Zion Cohen, the former commander of the national paramilitary fighter who entered Deir Yassin on April 1948, died at the age of 94. He never expressed regret for his role in the Holocaust, According to his obituary.

It is easy to understand why Israel is not in a hurry to publish documents that may be inflammatory or may increase hostility to Zionism. Over the years, the government has issued multiple pages of military and security documents—but according to Yavne, it still locks millions of pages of records and documents from scholars. In some cases, it will decrypt the file and then reseal it. In other cases, it extended the legal classification period.

Burying unhappy history is not a democratic strategy. Israel prides itself on being the freest country in the region; if so, it should be transparent and honest about its past. Just as the United States must face the statues of Confederate generals and politicians across the country, Israel must face its origin story.

I am not interested in seeing Israel being illegalized. For a long time, I have been a supporter of the two-state solution, and I hope to see a safe, strong and vibrant Israel flourish with an independent Palestinian state. I will be the first to admit that both parties to the conflict have committed unacceptable acts of violence against innocent people.

But a country should face its own history honestly-its shortcomings and advantages. To do this, historians need to access the original material that tells the complete story.